Methods of Teaching RE

Have you ever watched someone else teach RE and felt you couldn’t or wouldn’t teach like that? If your instincts tell you that, you are probably right. This section aims to support you in developing an RE that feels right for you. This will encompass what you think RE is for and what its function in education and society should be. While one teacher might argue that good RE is all about celebrating diversity, another might hold that RE is an opportunity to explore life’s big questions, while another might see RE as an academic subject supporting pupils' intellectual development. The truth is that all these visions of RE are valid. The trick is to identify your own vision of RE.

The films and articles in the section below are methods of teaching RE, or pedagogies of RE, developed over the last 40 years and will guide you in arriving at your view of what RE is and what it is for.

RE is rooted in looking at the concrete and abstract phenomena that religious groups express. Rooted in the work of Ninian Smart, this pedagogy takes a rigid "religious studies" approach. The argument is that the key aim of RE is to enable learners to develop an understanding of religions. RE is an academic discipline like history or science, with its own set of approaches and its own frontiers with faith and with education.

This approach is at the heart of AT1 and still has tremendous influence over teaching. It is best when it takes a comprehensive approach to religion.

RE should be aiding pupils to 'crack the concepts' that underpin the teaching of RE, the concepts behind the phenomena. RE is seen as aiding students to be able to make judgements about the competing truth claims in religion. Statements of belief are taken seriously and the evidence for them is weighed up. The key skill is enabling students to become critical evaluators of truth claims from the competing world religions. They have to make decisions about which of these truth claims, if any, they believe to be true. This is arguing against the post-modern and relativistic world view of 'all beliefs are equally valid'.

RE should be aiding pupils to discover the truth claims that religious groups are making and to be critical about these, in the terms of the religion.

RE is seen as aiding students to be able to make judgements about the competing truth claims in religion. Statements of belief are taken seriously and the evidence for them is weighed up. The key skill is enabling students to become critical evaluators of truth claims from the competing world religions. They have to make decisions about which of these truth claims, if any, they believe to be true. This is arguing against the post-modern and relativistic world view of 'all beliefs are equally valid'.

RE is involved with the development of spiritual understanding. Students are spiritual beings and this aspect of their self needs to be educated and developed.

RE is a tool to enable human development, and spiritual development. The aim of RE is to allow students to respond for themselves to questions about the meaning and purpose of human life. RE's place in the curriculum is related to the overarching purposes of the SMSC curriculum.

RE is built on questions of meaning and there is often a strong focus on ethics and morals. A good RE lesson is part of the student's search for meaning and there is much time for reflection on 'what does this mean for me in my life?' The teaching and learning in a humanist classroom will focus on how the facts relate to the lives of the students. This approach strongly influenced the development of AT2 ('learning from religion'). The focus on 'finding meaning' has become axiomatic for many RE teachers.

This approach lends much to social anthropology and challenges the idea that a strict phenomenological approach ignores the dynamism of religion in the life of the individual. Students should be able to make sense of religion in the ways that it is lived and enacted today, not just from the 'official viewpoint' but from the 'view on the street'.

One key skill is listening and responding to believers and realising that the idea of 'religion' is an academic construct, a box into which adherents of that religion may not comfortably fit. Another is that students gather data and construct meaning about the religion from that data. There is acknowledgement that religious belief cannot be separated from culture, race, country or family.

RE should be involved in the experiences of religion and religious practice, using the senses and extensive use of role-play, drama, dance and other sensate activities.

This approach develops the idea of experiencing the traditions and the phenomena of religion. With a strong focus on multi-sensory approaches, the key aim will be for the students to focus on, and respond to, the spiritual dimensions of life. Lessons will be very 'hands on' and include guided fantasy, reflection, meditation, drama and role-play.

A recent development of this has been the work on the 'Theatre of learning' by Sue Phillips. (with thanks to REtoday magazine).

RE should begin by helping the student to understand the world-views that religions propagate and to deconstruct these before building world-views of their own.

Lying at the heart of this approach is the belief that the job of education is to allow an individual to make meaning about themselves and the world. Much of previous religious pedagogy is seen as oppressive as it aims to construct a world-view for the student, not allowing them to construct their own. In order to develop this world-view, students must be given the tools to deconstruct the narratives with which they are already familiar.

This is a strong post-modern approach to equal validity and truth claims which treats religious, spiritual, humanist and secular narratives as equally valid world-views. 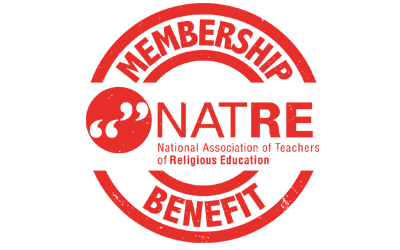 Did you know as a NATRE member you could get up to £80* off the cost of Strictly RE.

Not a member? Join today so you can benefit too!